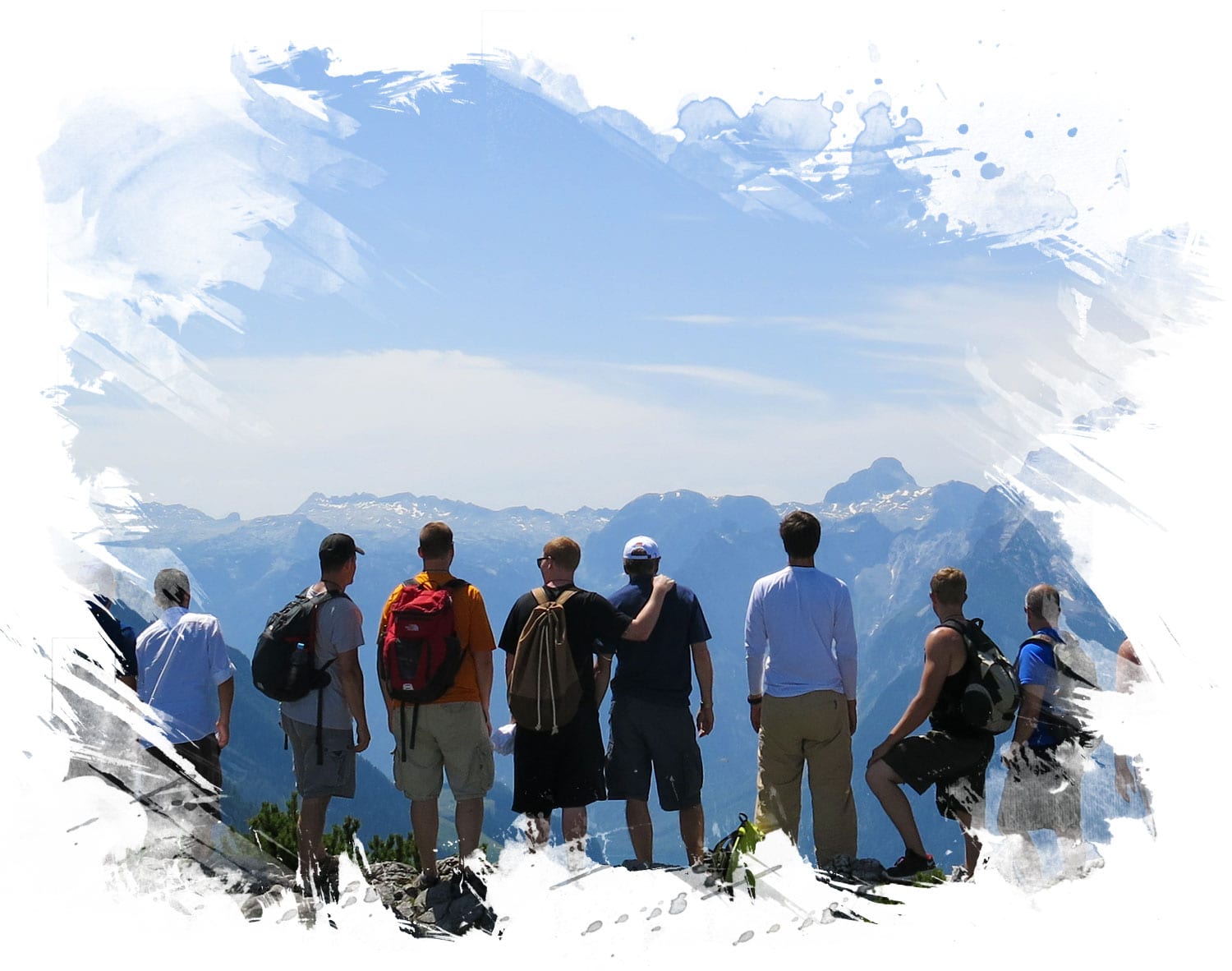 The inaugural Foundation House International Expedition found our group of residents, alumni and staff crossing the Atlantic Ocean to follow the path of the 101st Airborne “Band of Brothers” and its tour of duty throughout Europe during World War II.

This trip enabled our residents to examine the hardships overcome by the 101st Airborne and the bond of brotherhood that formed among these soldiers as they shared in struggle and supported each other in battle.

“This day would forever imprint in our hearts our own determination to never turn back, to never, never, never give up our war with addiction.”
— Foundation House Staff 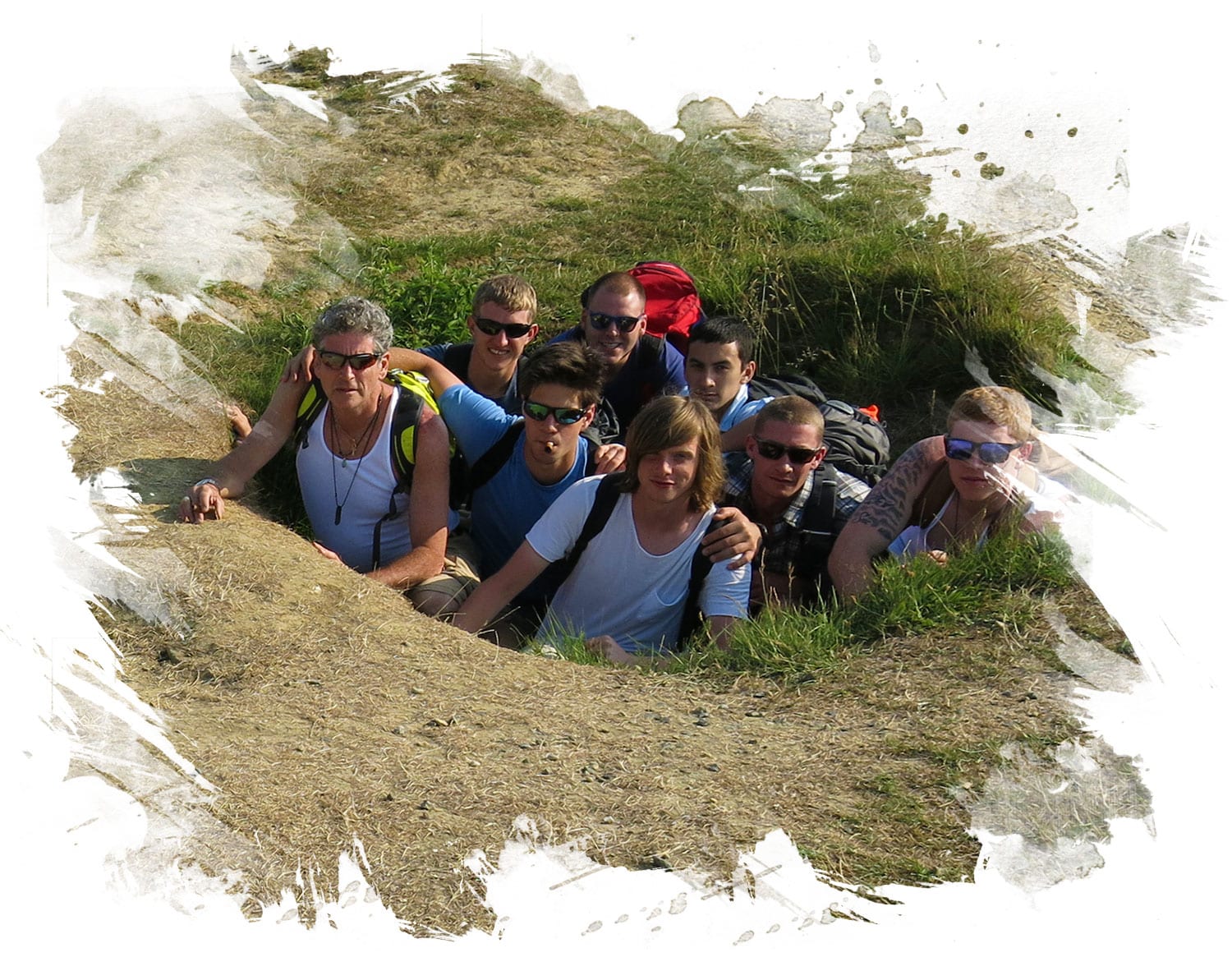 The overarching Foundation House community is known as The Foxhole. Our mission is to form a sense of brotherhood where residents and alumni act selflessly to protect each other – just as soldiers do while hunkered down, protecting each other from enemy fire on the field of battle. When presented with the opportunity to take a group of residents abroad for the first time, it was an obvious choice to base the trip on the concept of the Foxhole and to follow the path of the most famous group of soldiers in WWII. The intention of our trip was to learn about the strength, dedication and camaraderie that enabled the 101st to be victorious against all odds, so that upon our return to America our residents could apply those principles to their own struggles and the battles faced in life and recovery.

In preparation for the trip, our residents met multiple times a week to discuss the significance of their pending journey. They learned about the paths trudged and battles fought by the soldiers of the 101st Airborne. During this period, our residents set their intention to better understand and adopt the principles of brotherhood, camaraderie and communal struggle to victory. By the end of their preparation, these travelers had already formed a palpable connection.

“Even with a strong plan, in war the enemy can be unpredictable, requiring the ability to adapt, re-strategize and execute”
— Patrick Babcock (Owner, CEO) 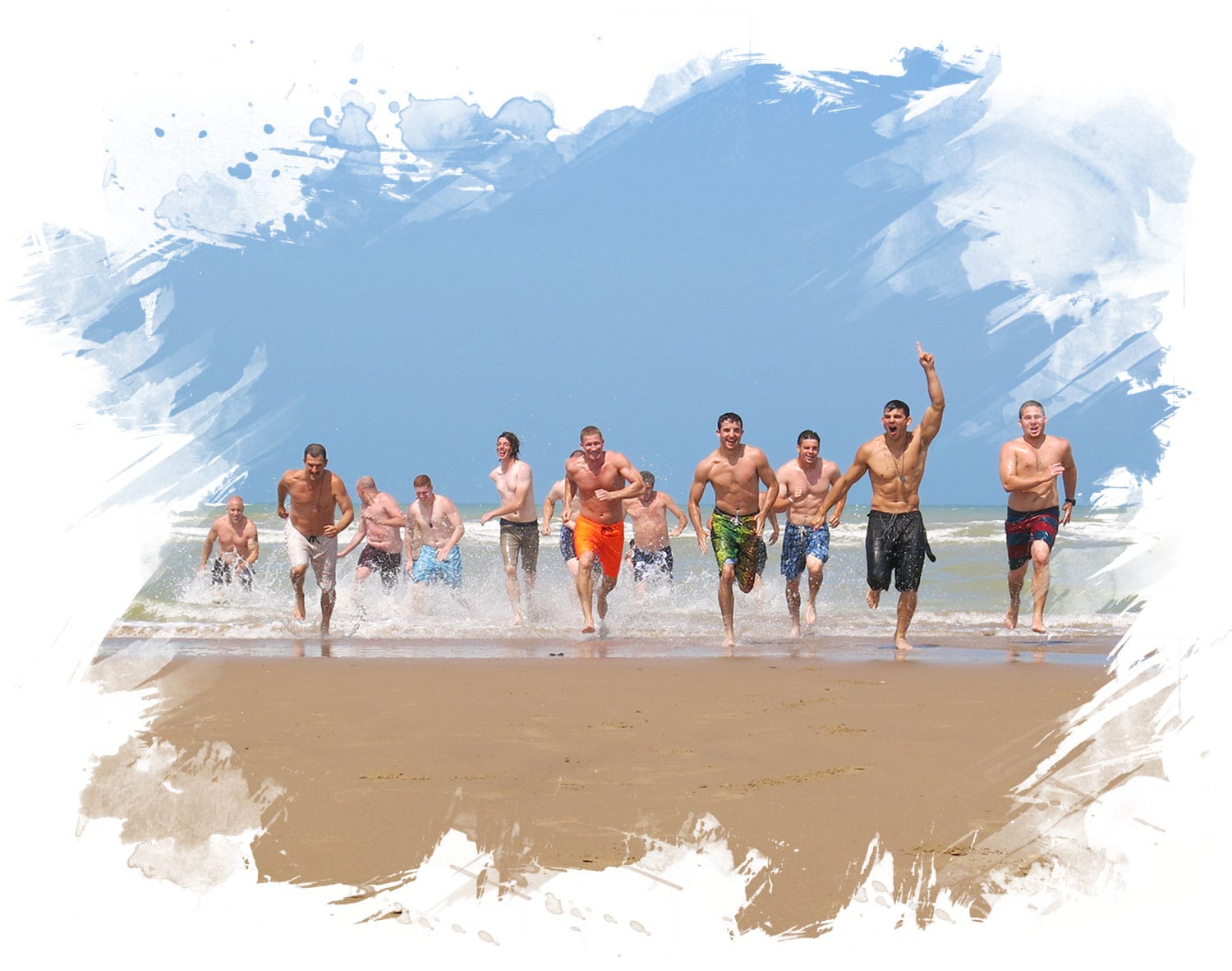 Fifteen Foxhole members arrived in England in July 2013, stepping onto foreign soil for the first time. In London, our residents soaked up the city’s sights and culture as they toured the National Gallery of Art in Trafalgar Square and saw Big Ben, the British Parliament and Westminster Abbey. The highlight of their time in London came while touring the War Rooms, Britain’s underground base of operations where the iconic Winston Churchill coordinated plans with Franklin D. Roosevelt against the Nazi opposition.

From London, our group crossed the English Channel by ferry at dusk en route to city of Caen in Normandy, France. Here, in a walk through the American cemetery at Colleville-sur-Mer, our residents learned of the true sacrifices made by soldiers who fight for our freedom. Our mobile Foxhole stood on Omaha Beach, full of awe and gratitude as we gazed over rows and rows of crosses – each representing a soldier who gave their life during the war.

The following day we journeyed to Paris for the Eiffel Tower, the Arch de Triumphe and the Louvre. The day ended at an English-speaking AA meeting, proving that support in recovery can be found far from home.

“Although exhausted, most of us had little interest in sleeping our final night. We wanted to soak up every ounce of Berlin that we could muster”
— Foundation House Alumnus 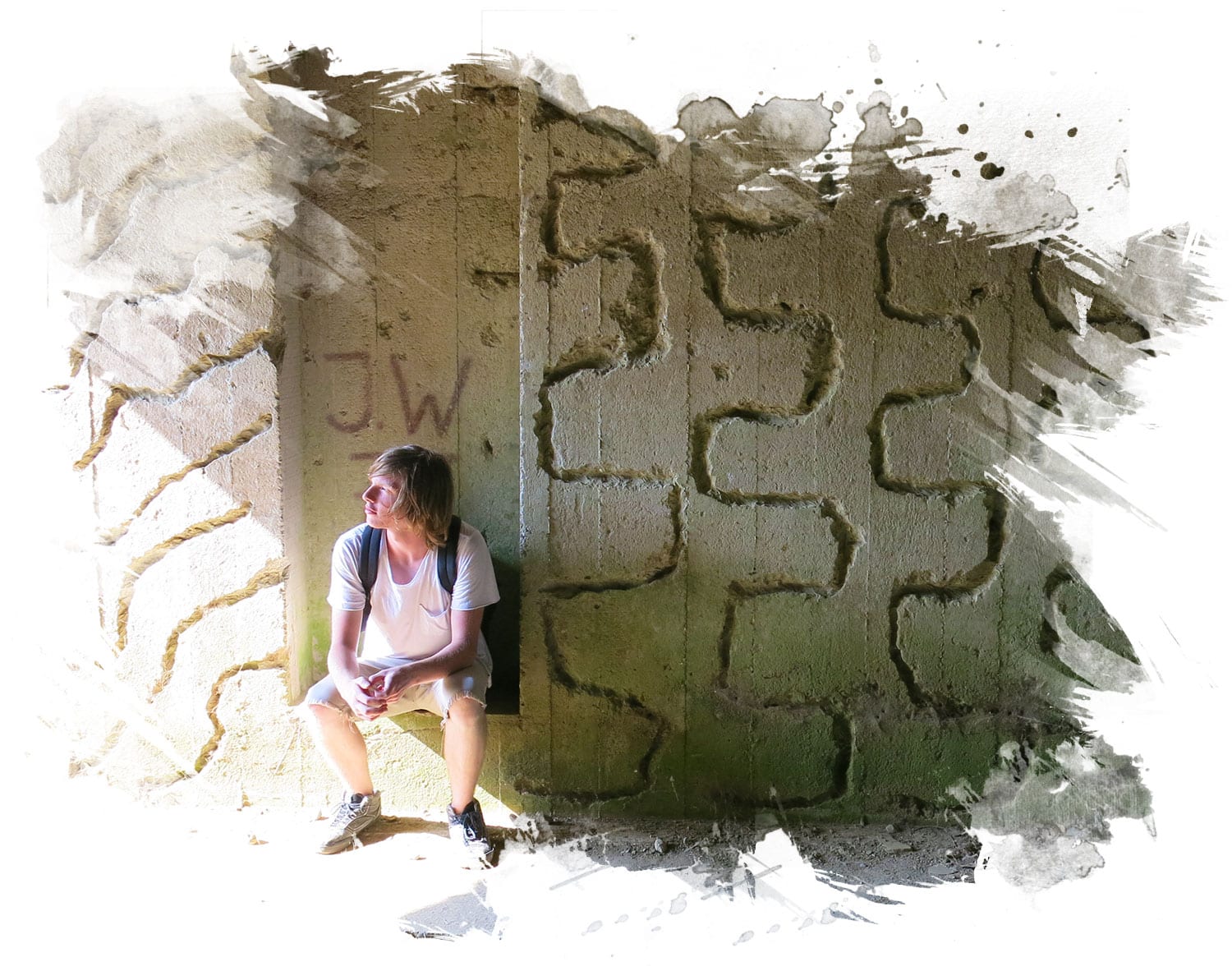 The next leg of our journey found us in Germany, touring the Buchenwald and Dachau concentration camps. There our residents learned of the true evil fought by soldiers in the 101st Airborne. Our men drew parallels between the suffering those soldiers endured by the enemy and their own collective foe – addiction. Our group left the concentration camps feeling solemn, but with a firm resolve to continue fighting their own battles in recovery.

Next up was Bad Reichenhall, Germany and the Kehlsteinhaus, a.k.a. the “Eagle’s Nest.” Bad Reichenhall sits in southern Germany, just outside Berchtesgaden National Park in the awe-inspiring Bavarian Alps that divide Germany from Austria. The “Eagle’s Nest,” Hitler’s former retreat, is now a restaurant. As our guys freely explored the area and enjoyed the views, they filled with gratitude at their ability to so freely enjoy what was once the heart of evil.

After a brief trip to Salzburg, Austria, our residents set out for their final destination – Berlin. They were able to feel and witness the wear and tear still visible in the city from the beating it had taken from 1945 to 1989. The city itself seemed to be in recovery and our residents were able to relate to a place coming from darkness and healing. We again attended an English-speaking AA meeting, enjoying the shelter from addiction that exists in recovery communities all over the world. The journey concluded with our travelers standing happy, joyous and free on the steps of the Reichstag, Hitler’s former headquarters. And again, our men appreciate the freedom afforded through the sacrifices of soldiers past, and the freedom given to us by a life of recovery.

Exhausted, grateful, awe-struck and reflective, we returned home ready to bear arms in our battle against addiction. The depth of the lessons learned on this trip is hard to describe, but can perhaps best be summarized by Winston Churchill’s short but poignant statement, “Never, never, never give up.”

“The eyes of the world are upon you. I have full confidence in your courage, devotion to duty and skill in battle.”
— General Dwight D. Eisenhower, Supreme Allied Commander 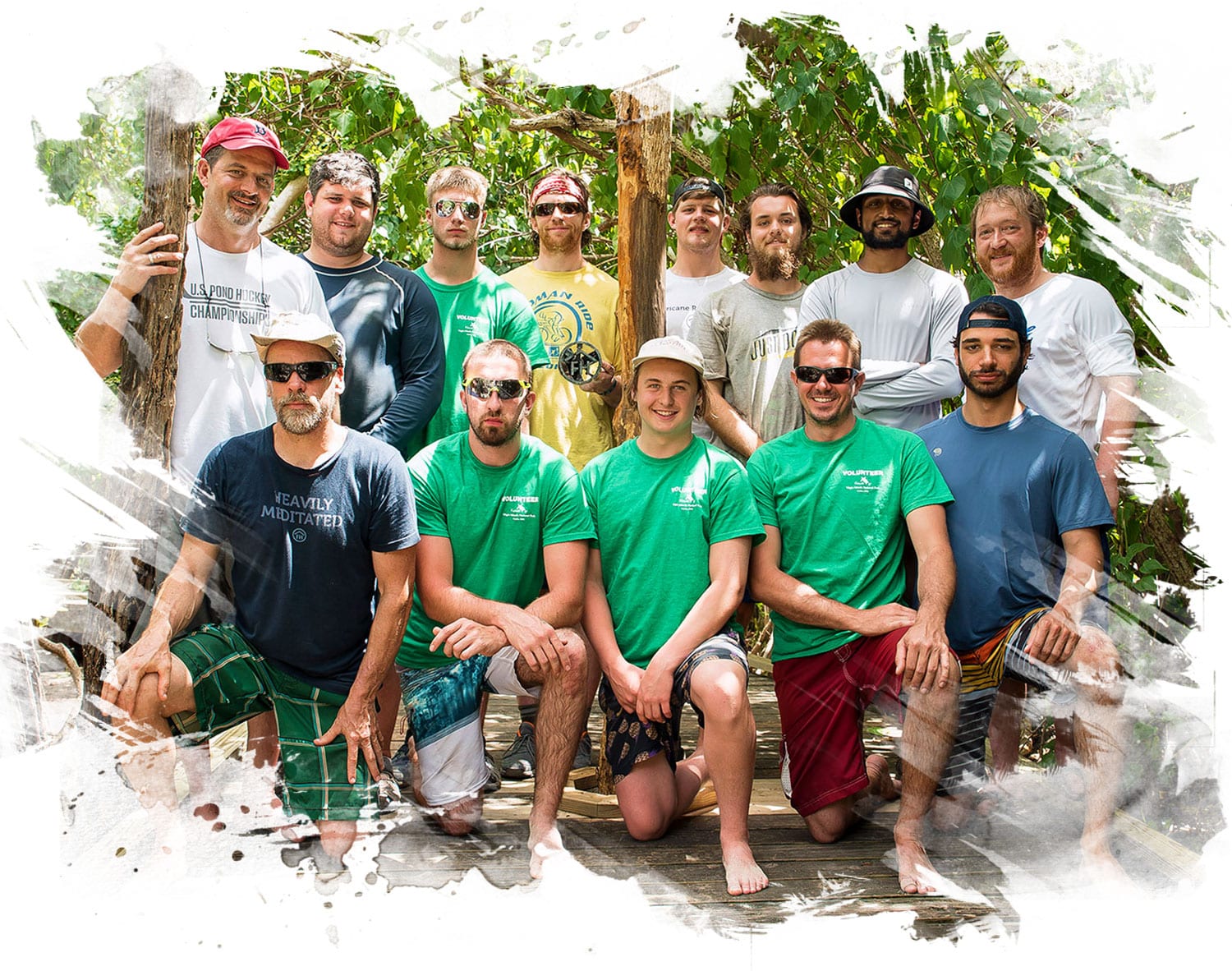 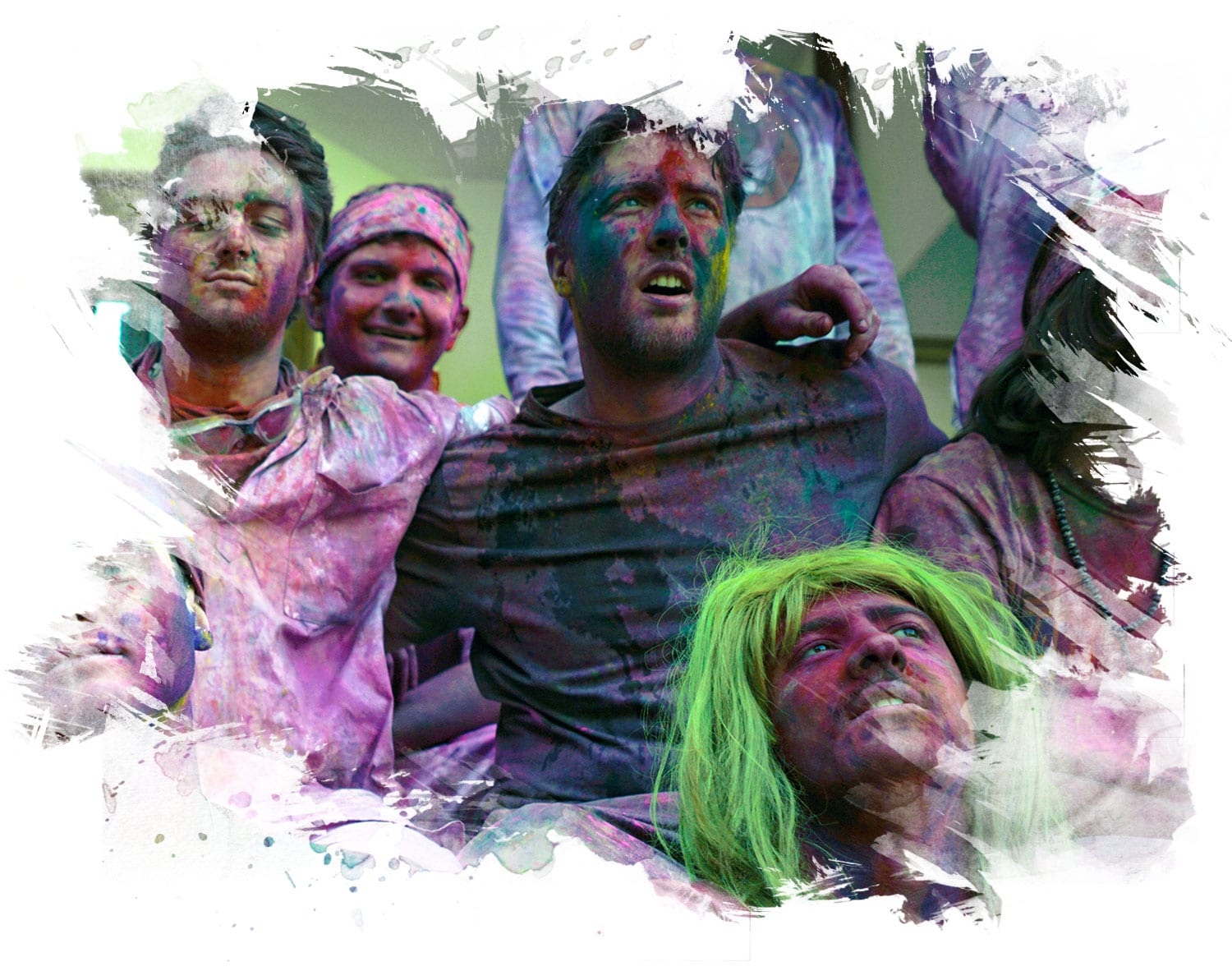 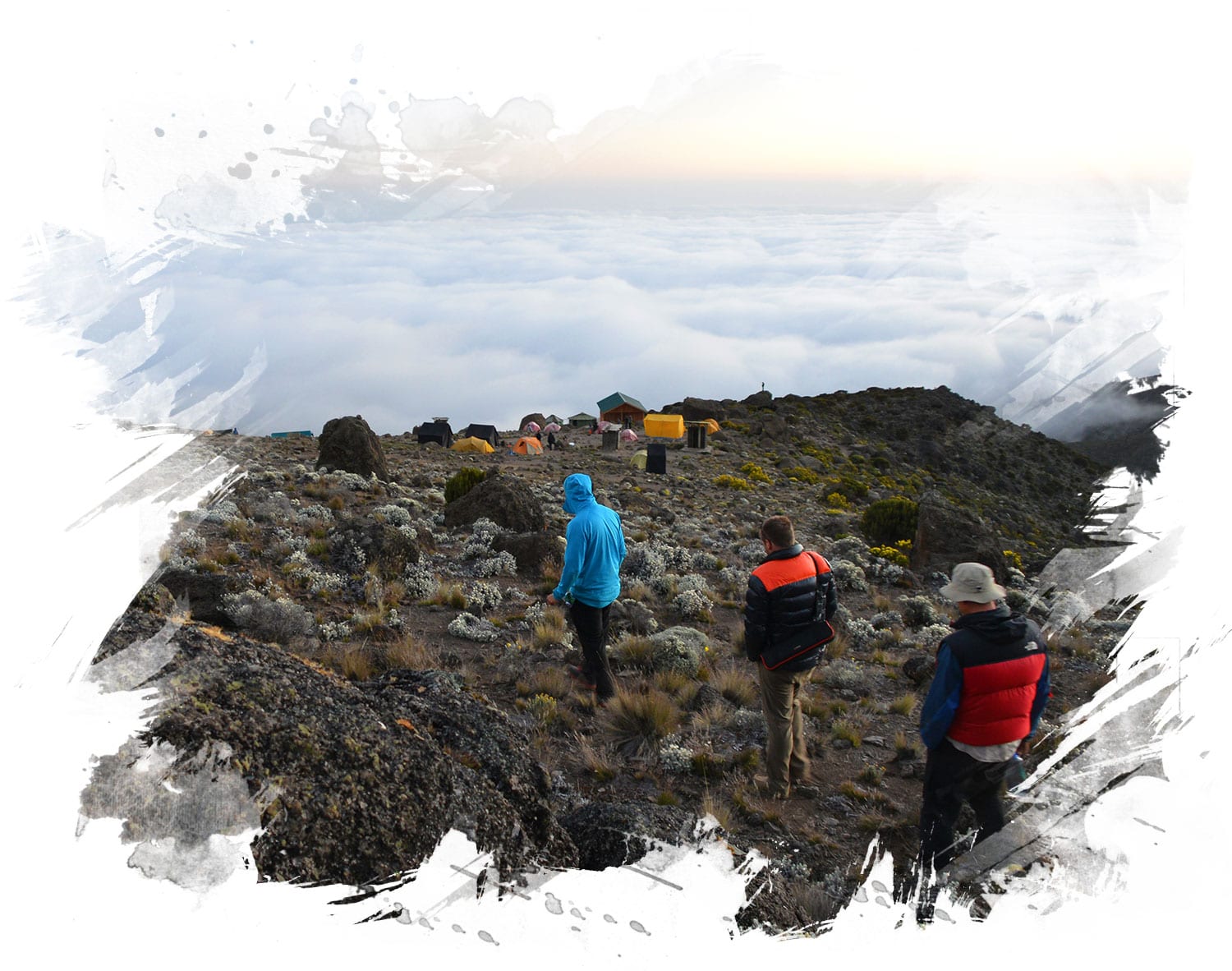